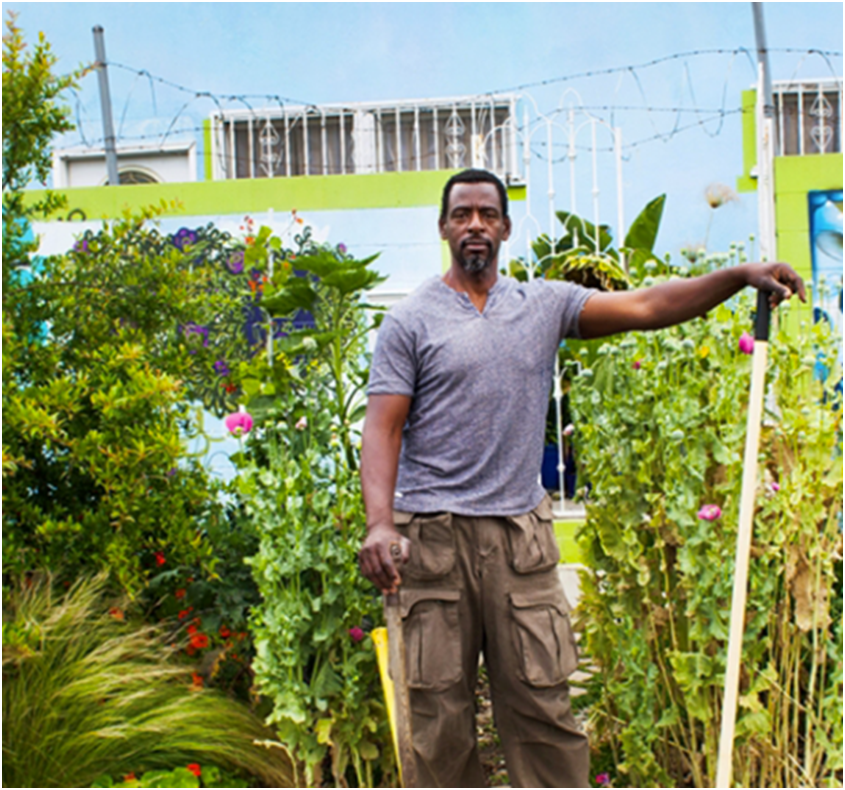 SOUTH LOS ANGELES (CBSLA) — Just beyond the Expo line sits a little piece of paradise. A beautiful garden with bananas, blackberries and artichokes has been in South L.A. since 2010. It was taken down once before and now the man who built it and the community that treasures it are in danger of losing it again.
“I call myself the gangster gardener.” Ron Finley, of the Ron Finley Project and man behind the Parkway Garden, says.
While most things grown in the garden are edible and free for neighbors of the community or anyone passing by, its about more than just food.
“You almost want to cry when you see the expressions that people make when they come to the garden it’s almost magical because they haven’t seen anything like this,” Finley says.
Finley lives adjacent to the garden. He pays and cares for the garden himself. The owners he rents from recently foreclosed on the building and the property was purchased by Agoura Hills based company strategic acquisitions. They want Finley and the garden – out.
“They said if you want the property, you have the option to buy it for $500,000,” Finley was told.
Finley hass raised about $350,000, with the help of natural food giants like Newman’s Own and Annie’s Homegrown. They’ve also launched a petition to save Finley’s urban farm. It has more than 20,000 signatures.
Before Finley helped pass a city ordinance allowing anyone to build a garden like this on city property he was cited, fined and even had a warrant out for his arrest. He says he’ll challenge anyone to keep this garden green – and wont give up.
“This place inspires people all around the world so it would be a travesty to lose this.”
To help Finley save his garden join the petition or go to his GoFundMe Page